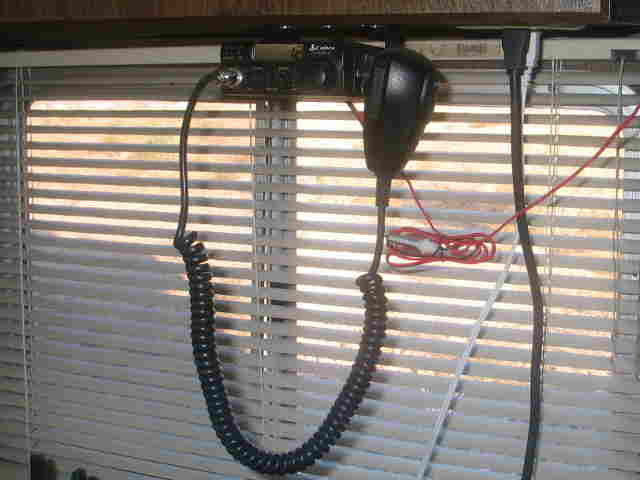 Submitted by Linda “Kookieuke” Hendershot
January 1, 2015
Originally this story was done by Fred “Broadcaster” Ross for the CB Directory. I Have shortened the story for the news letter.

For a long time, CB Channel 12 has been a very important part of life here on this part of the Sonoran desert. Initially the “Imperial Dam Nation” CB club got things going. In those early years, use of channel 12 was really a club activity….with regular meetings and even dues. Winter visitors would stay along or just off the Colorado River in places like “Little Hollywood”, “Quail Hill” and “Camp Two”…some of which were locations of construction camps dating from the time Imperial Dam was built.

In 1977 with enlargement of the camping area to include what we know today as Senator Wash and beyond, Chet “Lit’l Scamp” Wenke led an effort to make CB communication a way of staying alive in case of emergencies. Wenke decided to initiate an evening roll call to be sure every camper’s CB was working so that if an emergency arose, the affected camper(s) could quickly get in contact with someone who could send help. And if you didn’t own a CB, “Lit’l Scamp” would see that you got one or at least had the opportunity to be part of this communications system.

Because of what happened in 1991, we can hear Jim & Katie from the Christian Service Center. Don “Davey Crocket” Davey organized a fund raising effort that brought in enough money to buy several powerful radios, antennas, cable…even a 35-foot tower…with which the center can now “talk” to anyone, just about anywhere out here. Because of cell phones the center does not call out many messages over the CB radio.

Another feature that makes our channel 12 unique is that at 7 P.M. roll call is held for everyone to check their radios. to make sure they work. And after the people call in announcements are given for events and activities going on in the desert. But the most important aspect of channel 12 is that it is used for emergencies.