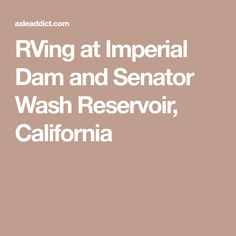 Herman’s Horse Path: There was this Fella named Herman who had a horse. He lived in a small canyon west of the wash. You can still see the place where his cabin was. He used to walk his horse down to the water every day. That’s how Herman’s Horse Path got its name.

Florida Flats: This fella, Hundred Proof, was always complaining to the Ranger about one thing or another and always threatened to go to Florida. The ranger brought out a sign that read “Florida Flats” and put it up. He said, “This is as close to Florida as you’ll ever get.” The name stuck, and now we have North, South and East Florida Flats.

South Mesa: I’m just guessing here, but, it is a mesa. It is south of the lake…The same goes for North Mesa across the road.

Fishtale Flats: They had this rain storm that lasted a long time. The wash west of the Flats filled with water. A fella named Honest Abe (his wife’s handle was Dressmaker) snagged a record bass by the tail. Another account said it was a catfish. I’d bet it was a “bullfish”.

Quail Hill: What a beautiful bird, the Gambil Quail. They used to run around all over Quail Hill and coo their hearts out. Now Quail Hill is full of Snowbirds with RVs that have shiny tops and dirty bottoms.

Hurricane Ridge: That one should be self explanatory.

Cozy Cove: That one’s easy, it is a cozy little cove.

Coyote Ridge: Go out there when it’s quiet. You’ll know how it got its name.

Cistern Road: Another one of the remaining marks of another day and another time is the old Cistern. There used to be a ranch out there. Parts of the old buildings still exist, along with the cistern.

Ocotillo Flats: Evidently there used to be several ocotillos there.

Kripple Kreek: I heard something about a 3-legged burro, but nothing concrete. If anyone knows, please tell us the story.

Skunk Hollow: Originally on the side of the road where the holding ponds are. You can guess what the odor is like when the wind blows from the west…
Murphy Flats: Tonka Toy and Tinker Toy camped there for a long time, and their dog’s name was Murphy. OR Larry Murphy’s (Fiddle Red’s) parents camped there for a long time. There is a guitar in rocks on Wye Road with initials BB for Bedpan Berta, Fiddle Red’s wife.