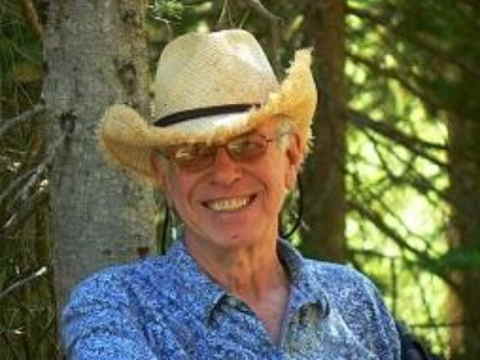 Jim King was one of a kind. It will be incredibly hard without him here on this earth and he will be greatly missed by us all. Our hope and joy is that we will see him again in heaven and that is what we hope for as believers in Christ Jesus.

Jim was born in Kalispell, MT although he spent his early years growing up near Big Fork and living on the Swan River. He graduated from Whitefish High School in 1951 and in 1952 was inducted into the Army where he served in Europe for 2 years during the tail end of the Korean war. After his honorable discharge from the Army he studied in Bozeman at Montana State College for 2 years and later finished his college studies in Spokane at Gonzaga University. He graduated with his bachelors degree in 1964 and also later passed the CPA exam. He worked in accounting and auditing for many years. During this time he also had 4 children – 2 boys, Tary & Aric, and 2 girls, Anne & Cortni, and loved them all dearly.

Meanwhile, Jim began his spiritual journey seeking this Man they called Jesus. He went to various churches but never found what he was looking for. He would have a dream from time to time where he would see himself standing on one side of a chasm looking across at Jesus on the other side with no way for him to cross over. Then one day he heard a speaker at a men’s prayer breakfast and what this man said resonated with him and Jim finally realized he could find Jesus only by faith. That night he dreamed the same dream but this time he realized God had given him the power to hop over the chasm and did so finally reaching Jesus on the other side.

Jim found a business niche for himself when he started working with Native American tribes performing the audits they needed for the government grants they received and also offering accounting consultation. He worked in places as diverse as the Havasupai tribe who live in the bottom of the Grand Canyon (outside the national park area) to the Hopi Indians who live up on second mesa. He hired Rebecca to work with him in 1991 and after a couple of years in 1993 they decided they wanted to marry and continued working together with Native American audits for about ten more years. 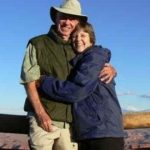 In 2003 Jim and Rebecca decided to go to Indonesia to do an audit of that work for Wycliffe Bible translators. That hooked them and after a lot of prayer they went back to live in Indonesia for about a year to work as full time volunteers for the Indonesia Branch helping with finances and accounting for the various translation projects going on in that country. They continued as volunteer accountants for Wycliffe for 11 years serving from this country as well as in Philippines and Nairobi, Kenya.

In April 2010 the Lord led them out to the Christian Service Center one day and they brought their fifth wheel out the next day, moved in and loved it. They returned the following autumn and have been returning ever since. Helping on a part time basis in the winter time, Jim worked in the office interacting with various government offices to keep things running.